In 2018, TEDxQuincy had 11 great speakers share their Big Ideas for Little America on the TEDxQuincy stage! Click below to learn more about the 2018 speakers and click to view their TED Talks from the event.

The Creation of Culture

Álvaro Amat is an artist, design director and educator, who collaborates with scientists, writers, media producers, designers and others, to create spaces in which narratives, objects, and experiences bring people together around critical questions about culture, nature, life, reality and existence. He is particularly interested in crossing boundaries between art-like and science-like modes of inquiry to explore the creation of knowledge that can inspire curiosity and creativity.

END_OF_DOCUMENT_TOKEN_TO_BE_REPLACED

What We Can Learn from The Hardest Cases

Debbie Reed has been supporting children and their families for nearly 25 years through her work at Chaddock, a nonprofit human service organization based in Quincy, IL that has been internationally recognized for its specialized work in attachment and trauma. She co-edited the book Attachment Theory in Action, is currently co-authoring a book for parents and writes a weekly leadership blog at reedaboutleadership.wordpress.com. END_OF_DOCUMENT_TOKEN_TO_BE_REPLACED

The Power in Dance: Building Relationships with the Body
Victoria Bradford is Executive & Artistic Director of movement research company A House Unbuilt. She has produced works of social practice, public art, performance, and installation for the Museum of Contemporary Art Chicago, McColl Center for Art + Innovation, and deCordova Sculpture Park and Museum, among many other spaces across the country.

END_OF_DOCUMENT_TOKEN_TO_BE_REPLACED 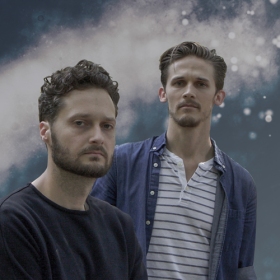 The Creation of Music: Digital Soundscapes and Animation

Drew Morton and  Brian Lewis Smith have been playing music together for almost a decade in many different groups and contexts. After meeting in college, the two quickly became interested in the other’s musical language. Currently in Iowa City, composing and performing are both a constant for each of them. END_OF_DOCUMENT_TOKEN_TO_BE_REPLACED 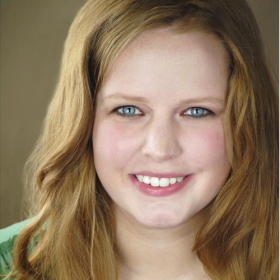 Accessibility Through the Arts

Kelsey Celek is the Head of Education/Director of Student Theatre at Quincy Community Theatre.  A theatre director and teaching artist originally from Dayton, Ohio, Kelsey has had the pleasure of working with young people across the country through her work with the Missoula Children’s Theatre, the Children’s Theatre of Cincinnati, and the Omaha Theatre Company.   END_OF_DOCUMENT_TOKEN_TO_BE_REPLACED

Combat Child Sex Trafficking from Where You Are
Alex K. Rojas (Alex Kruz) founded the Samarpan NGO in 2014 to maintain an orphanage for disabled children and combat child sex trafficking in Nepal. He brought his front line experience combatting child sex traffickers around the world to the organization, and lives by the motto if you can’t directly change a situation yourself – make others aware of the problem.  Mr. Rojas was a co-producer/director for the film “Parivara” about a family of blind orphans at his foundation’s orphanage.

END_OF_DOCUMENT_TOKEN_TO_BE_REPLACED 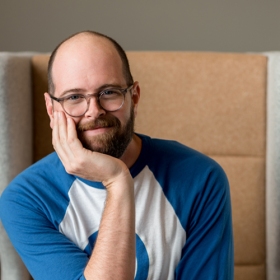 In Pursuit of Bad Art: On why we should try to fail rather than fail to try

Pres Maxson is an Amazon.com best-selling author. In 2018, his novel, Pigeon, earned honorable mention in both the New York Book Festival and the Paris Book Festival. A native of the midwest, Pres has been nominated by NUVO Magazine as a best local author in Indianapolis in 2016 and 2017. END_OF_DOCUMENT_TOKEN_TO_BE_REPLACED 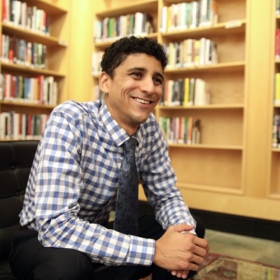 Change the World from Your Couch: The Power of Crowdsourcing
Julian Watkins is a self-proclaimed “recovering attorney” who now works as an Executive Director with the American Red Cross. After earning his law degree, Julian spent time in corporate law, criminal prosecution and as a high school basketball coach, but found his true calling in the service of others.

END_OF_DOCUMENT_TOKEN_TO_BE_REPLACED

When “First Do No Harm” means No CPR

Jeri Conboy is Director of Blessing Hospice & Palliative Care and Clinical Ethics for Blessing Health System.  She is a licensed social worker in Illinois and Missouri and has earned masters’ degrees in History, Social Work, and Health Care Ethics and a PhD.  She has made presentations at state and national conferences and published articles in The Hastings Center Report and NHPCO Newline.